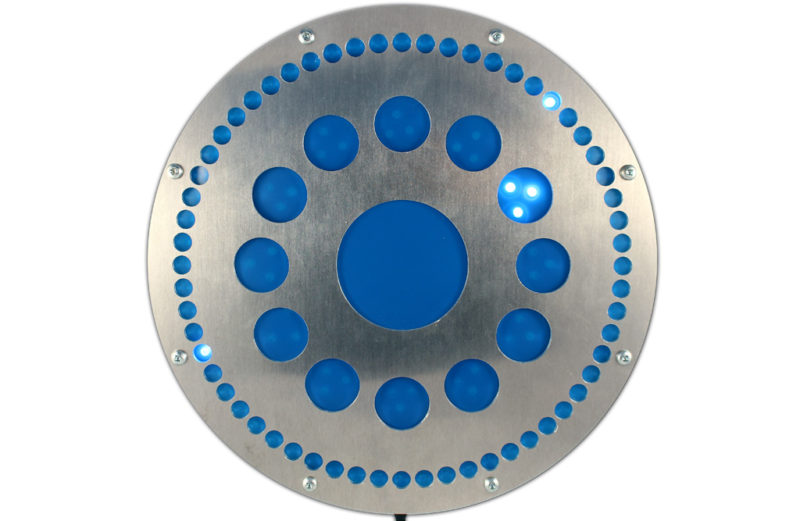 Our SmartClock is a classy timepiece with an onboard computer that runs with a java application. Sure you can display the time, but it also has a cool animation feature.

This item is a prototype and is not for sale.

There is a huge convention center in Montreal called the “Palais des Congrès.” It’s located between downtown, historic Chinatown and Old Montreal. It has access to the Place-d’Armes Metro station with thousands of people going in and out every day.

Viger Hall, one of the Convention Center’s most popular sections, is located on the north side of the Palais. It’s also one of the main access points to and from the Metro. From there you can walk into the city, visit Chinatown, enjoy the sights of Old Montreal or just hang around on the Esplanade in front of the Hall.

The Esplanade is like a small park and millions of people pass through it every year. There is a work of art here called Sculpture Horloge, created in 1983 by Olga Zeldakova in collaboration with Denis Matte. I can’t find much about the sculpture’s history but it’s about thirty-feet high and seven-feet wide with a clock display on all four sides. To the best of my knowledge, it has never yet told the time.

I have walked in front of this sculpture many times in my life, and I have always been intrigued by it. It occurred to me one day that I could create a 12-inch prototype of this clock to scale, using today’s technology. 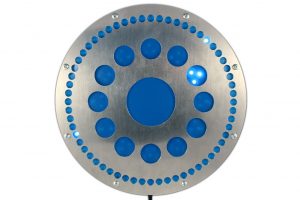 That’s how I came to build the SmartClock in 2013 with the intention of proposing to the Palais authorities that the not-so-smart clock in the sculpture be replaced, thus providing them with a new attraction. Every day, people would see the time and watch the different animations on the hour and half hour, on all four sides simultaneously. I took a picture of the dial and recreated the layout of the clockface.

Our SmartClock is a classy timepiece with an onboard computer that runs with a java application. The computer can also be remotely controlled via Ethernet or Wi-Fi to override the clock. Sure you can display the time, but it also has a cool animation feature (watch the video below). For me, this is a very personal project.

In my one-to-seven scale prototype, a one-second time-lapse needs one LED, but on a full-scale model, one second would need 7-10 LEDs. An LED can function for 20,000 hours without burning out, the energy cost is very low and the maintenance required would be minimal. Small scale SmartClocks could also be sold to visitors or presented to VIP guests. Currently my colour filter is blue with white LEDs, but it could be any colour. It could even be transparent and use coloured LEDs, varying the colours to add to the animation.

After finishing the prototype, I tried contacting the Palais des congress, wanting to demonstrate my SmartClock and explain the project. As of today (2015), I have exchanged emails with a least eight different people, contracted a consultant to get in touch with them, tried LinkedIn, Facebook, etc., but so far no one has agreed to even meet me. Now, they don’t even answer my emails. It seems this administration is very closed-minded! So now, two years down the road, I have decided to make this project public. What’s next? I don’t know, but the SmartClock is currently on the wall of our lobby for the enjoyment of our visitors!